What have you been reading this summer?

I just finished The Chaperone and While We Were Watching Downton Abbey.

I was drawn initially to The Chaperone because it takes place in New York City in the 1920's and I am a sucker for any period piece that takes place in NYC. I was hooked from the beginning and stayed up way too late one night devouring it.
The following synopsis is from Amazon, (which is way better than any I could write).
I dare you to read it and not want to run right out and buy the book! 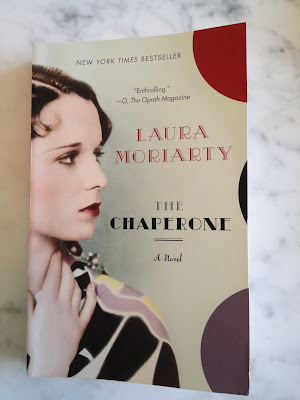 A New York Times bestseller, The Chaperone is a captivating novel about the woman who chaperoned an irreverent Louise Brooks to New York City in the 1920s and the summer that would change them both.

Only a few years before becoming a famous silent-film star and an icon of her generation, a fifteen-year-old Louise Brooks leaves Wichita, Kansas, to study with the prestigious Denishawn School of Dancing in New York. Much to her annoyance, she is accompanied by a thirty-six-year-old chaperone, who is neither mother nor friend. Cora Carlisle, a complicated but traditional woman with her own reasons for making the trip, has no idea what she’s in for. Young Louise, already stunningly beautiful and sporting her famous black bob with blunt bangs, is known for her arrogance and her lack of respect for convention. Ultimately, the five weeks they spend together will transform their lives forever.

For Cora, the city holds the promise of discovery that might answer the question at the core of her being, and even as she does her best to watch over Louise in this strange and bustling place she embarks on a mission of her own. And while what she finds isn’t what she anticipated, she is liberated in a way she could not have imagined. Over the course of Cora’s relationship with Louise, her eyes are opened to the promise of the twentieth century and a new understanding of the possibilities for being fully alive.

Drawing on the rich history of the 1920s, ’30s, and beyond—from the orphan trains to Prohibition, flappers,  and the onset of the Great Depression to the burgeoning movement for equal rights and new opportunities for women—Laura Moriarty’s The Chaperone illustrates how rapidly everything, from fashion and hemlines to values and attitudes, was changing at this time and what a vast difference it all made for Louise Brooks, Cora Carlisle, and others like them. 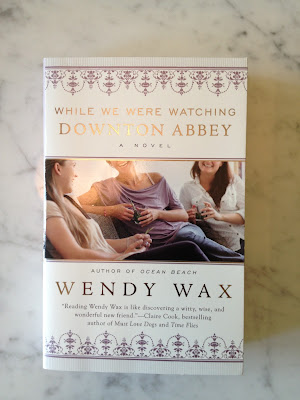 I picked up While we Were Watching Downton Abbey last month to bring along on our trip to Washington. If, like me, you are a Downton fanatic you will enjoy this book.
According to Amazon...

When the concierge of The Alexander, a historic Atlanta apartment building, invites his fellow residents to join him for weekly screenings of Downton Abbey, four very different people find themselves connecting with the addictive drama, and—even more unexpectedly—with each other…

Samantha Davis married young and for the wrong reason: the security of old Atlanta money—for herself and for her orphaned brother and sister. She never expected her marriage to be complicated by love and compromised by a shattering family betrayal.

Claire Walker is now an empty nester and struggling author who left her home in the suburbs for the old world charm of The Alexander, and for a new and productive life. But she soon wonders if clinging to old dreams can be more destructive than having no dreams at all.

And then there’s Brooke MacKenzie, a woman in constant battle with her faithless ex-husband. She’s just starting to realize that it’s time to take a deep breath and come to terms with the fact that her life is not the fairy tale she thought it would be.

For Samantha, Claire, Brooke—and Edward, who arranges the weekly gatherings—it will be a season of surprises as they forge a bond that will sustain them through some of life’s hardest moments—all of it reflected in the unfolding drama, comedy, and convergent lives of Downton Abbey.

Have you read anything interesting lately?

Email ThisBlogThis!Share to TwitterShare to FacebookShare to Pinterest
Labels: books, The chaperone, While We Were Watching Downton Abbey