When I was in Palm Springs I knew I had to stop in at The Parker Hotel to see it in person. I am sure if you are on Pinterest you have seen lots of photos from the hotel, specifically the image of the iconic orange doors and white breeze blocks.
The Parker was originally the first Holiday Inn in California, opening in 1959. It was later owned by Gene Autry and Merv Griffin.
Ten years ago the hotel went through a major renovation, with Johnathan Adler designing the interiors.
The hotel gets mixed reviews, not sure if I would actually stay there, but it was neat to spend a bit of time touring the grounds and taking a few photos. What was interesting about the outdoor design was the rambling dirt paths that are bordered by high hedges that conceal hidden areas to explore. You will find areas for fire pits, croquet, tennis, hammocks, bubbling
fountains and secluded sitting areas.
For me the design was a mix of mid century and old county club, with a bit of 70's hippy style. 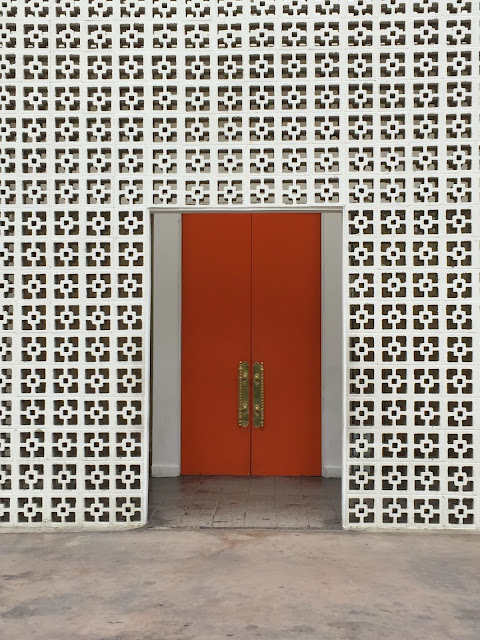 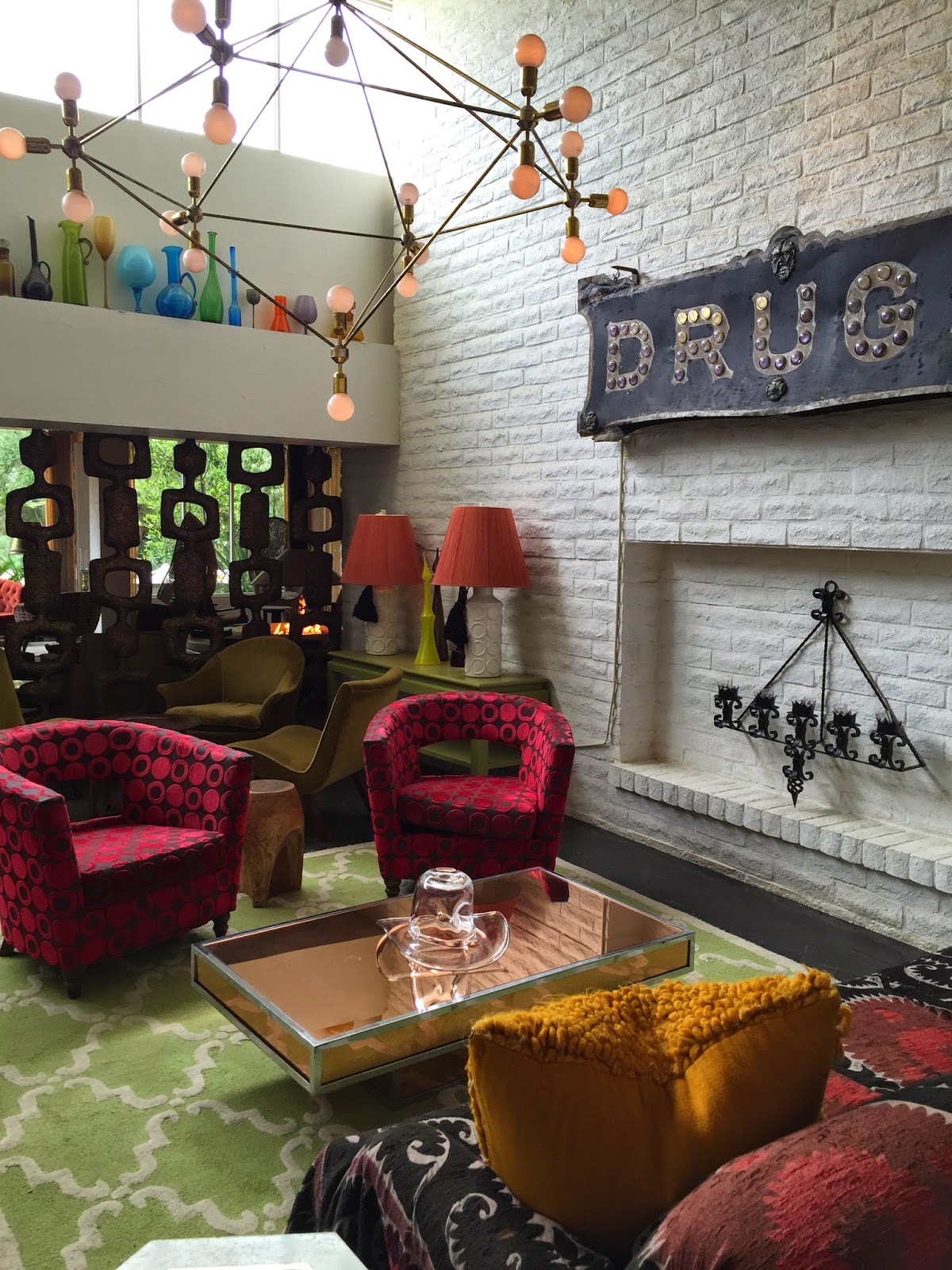 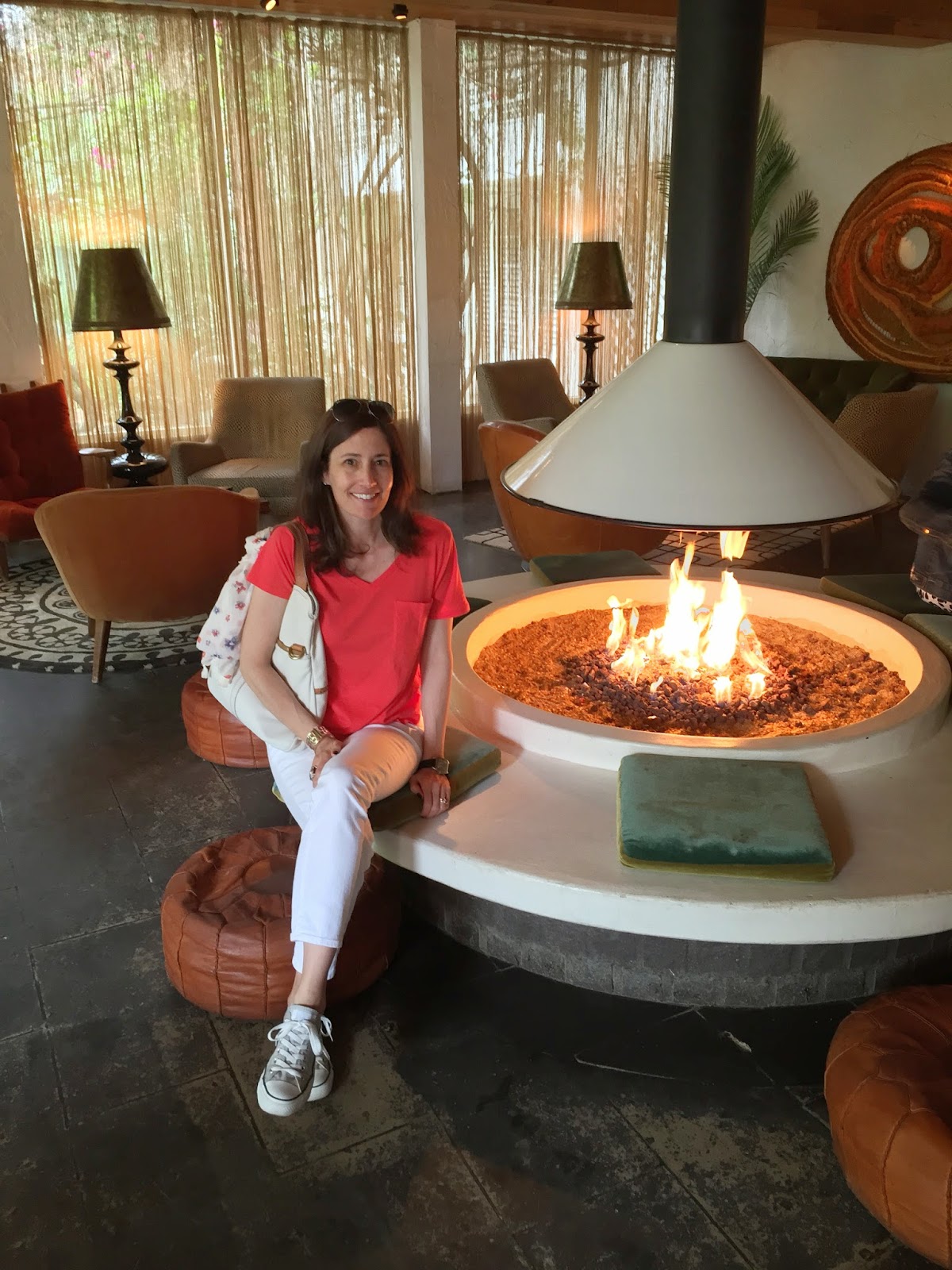 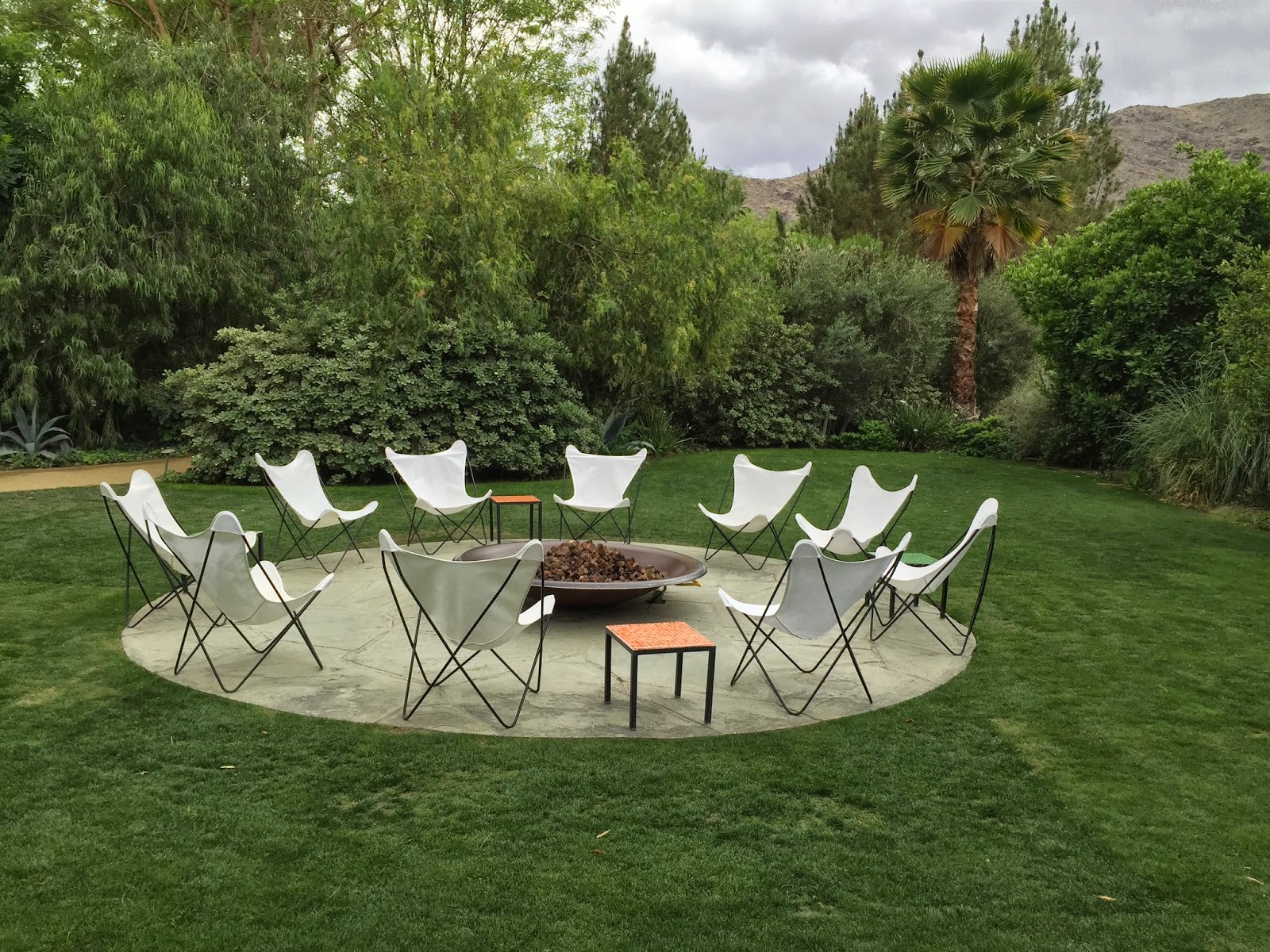 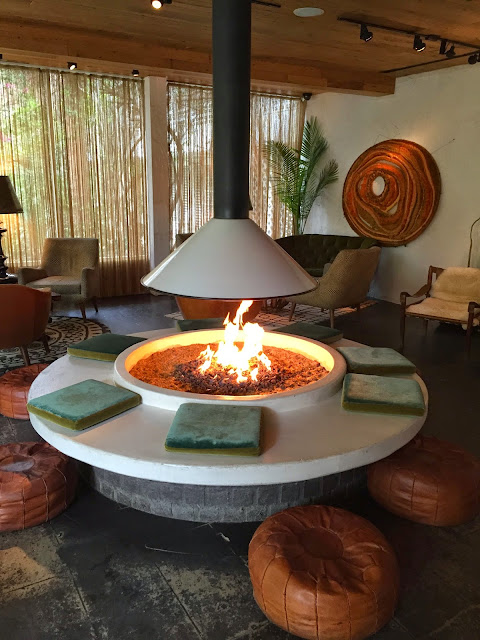 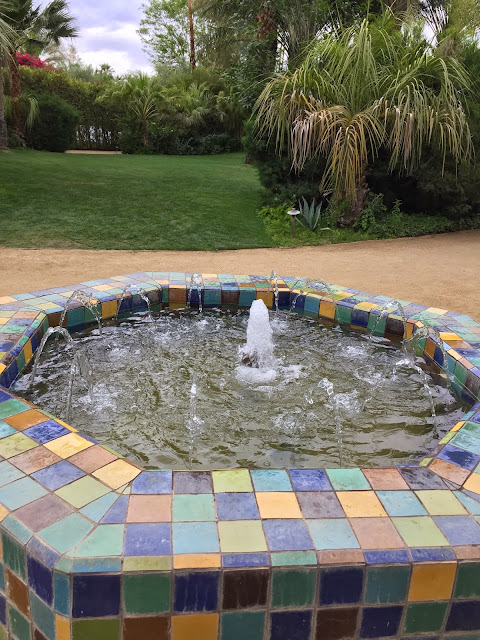 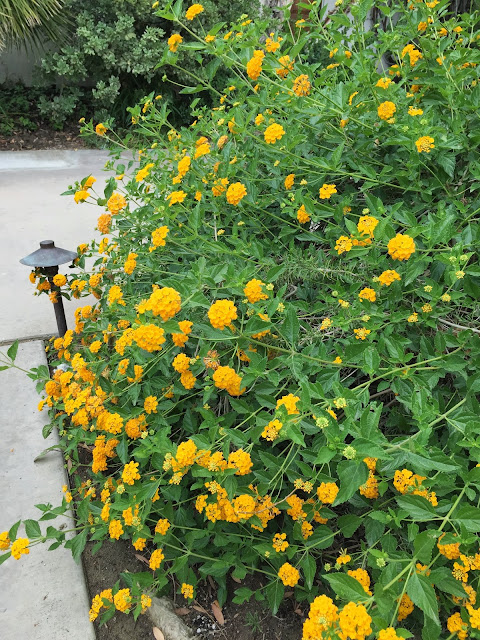 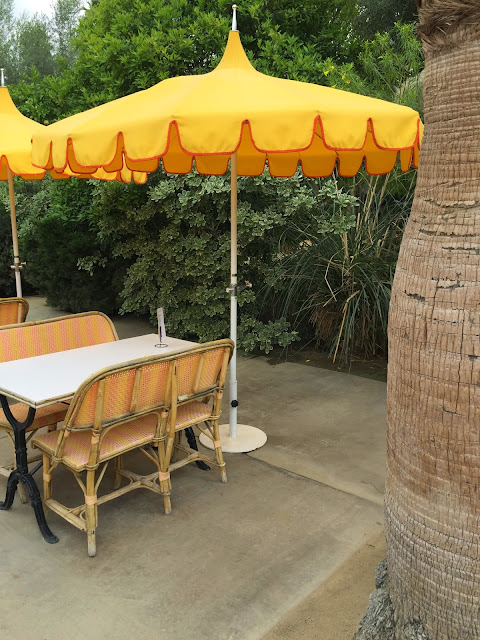 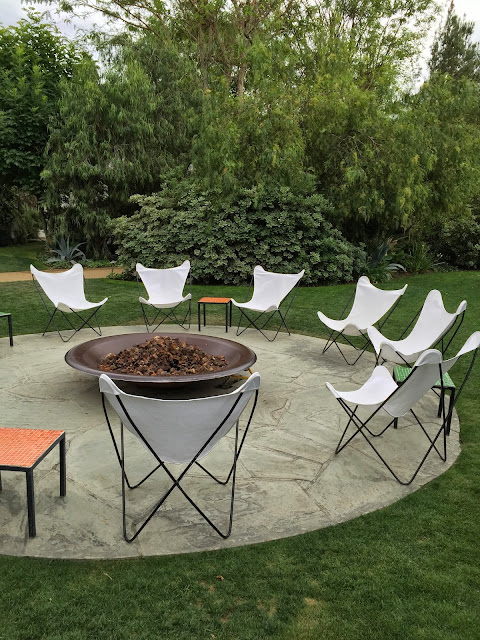 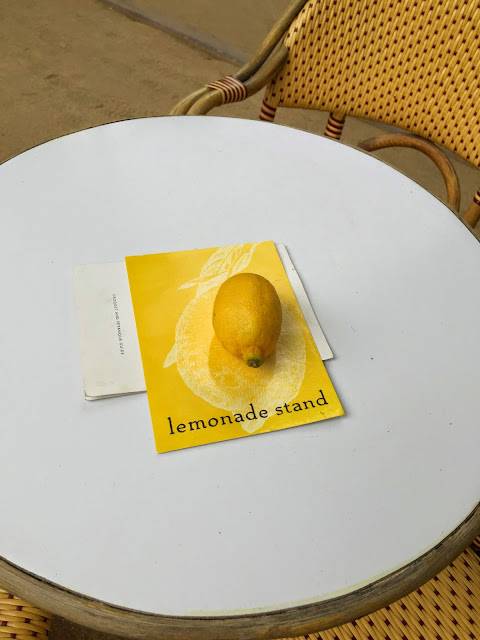 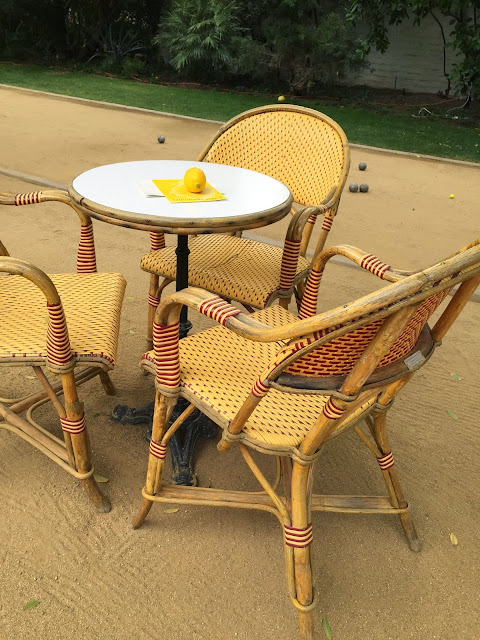 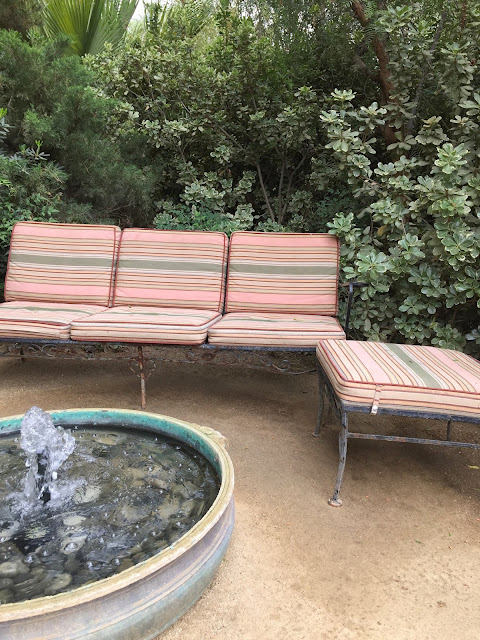 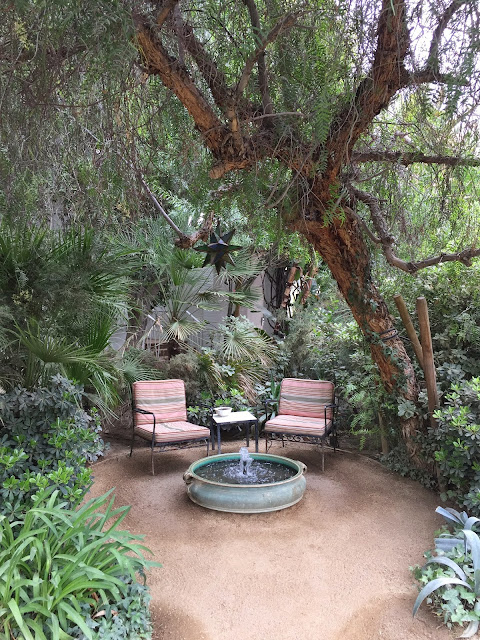