I saw this kitchen featured on home day on City Line last week; it is part of the Benjamin Moore Colour Trends 2013 Home. I thought it was a good example of the power of paint. As you can see it is a suburban home with a typical kitchen layout that you have probably seen a million times.

Before...I don't really mind it. I would of added a white marble subway tile back splash, removed the fan and put up a cool hanging fixture, swapped out the chairs and added a graphic print in the form of Romans on the windows. 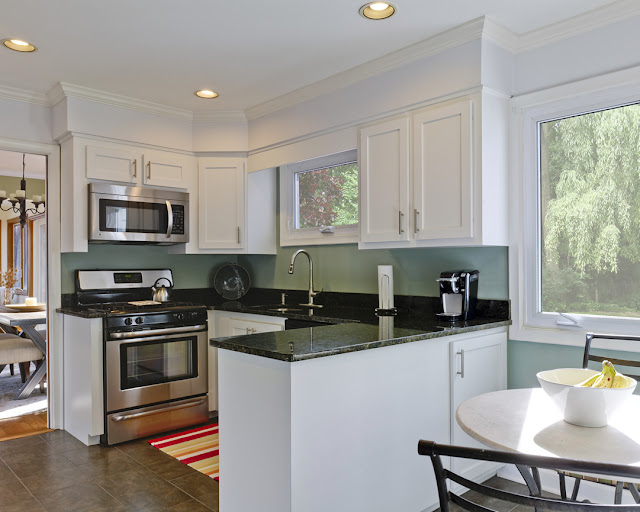 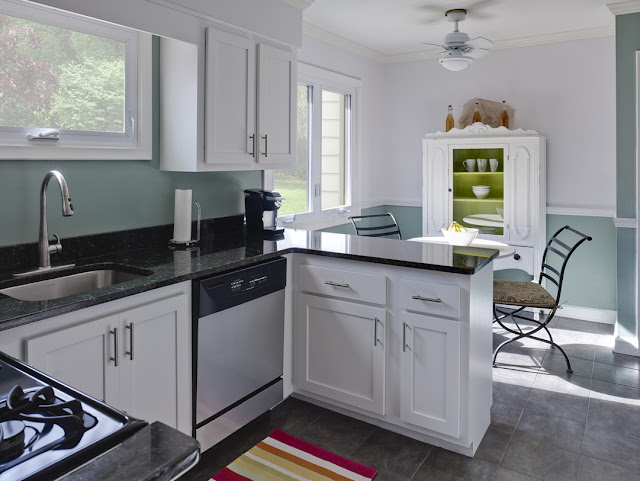 Afters:
Here are the two looks that the people at Benjamin Moore tried...I like everything about this look, but not the ceiling. I would have left the ceiling white.According to the colour forecasters yellow and blue is making a come back. Not the French Provincial combination of the 90's, but deeper tones like the ones below. 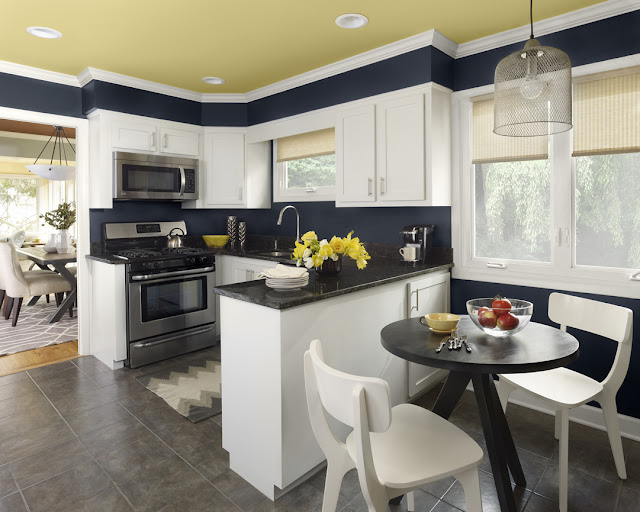 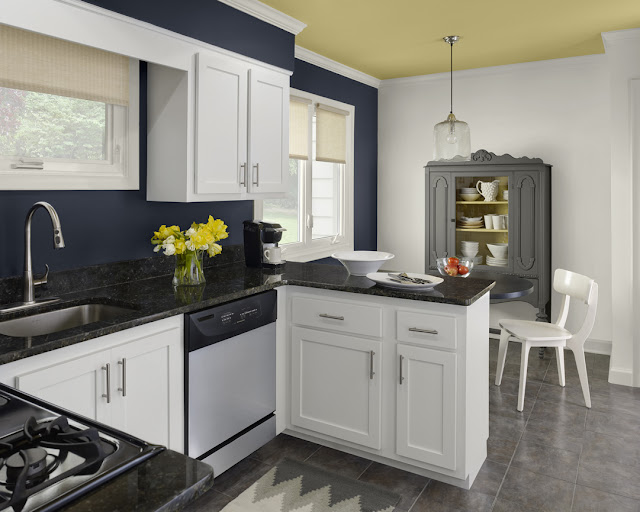 The next look is good too. If you are renting or living in a space where you can't tile the back splash adding a modern and graphic stencil is a good alternative. 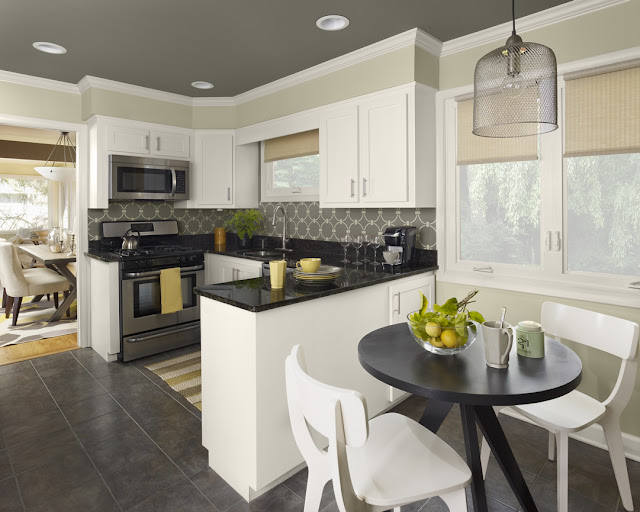 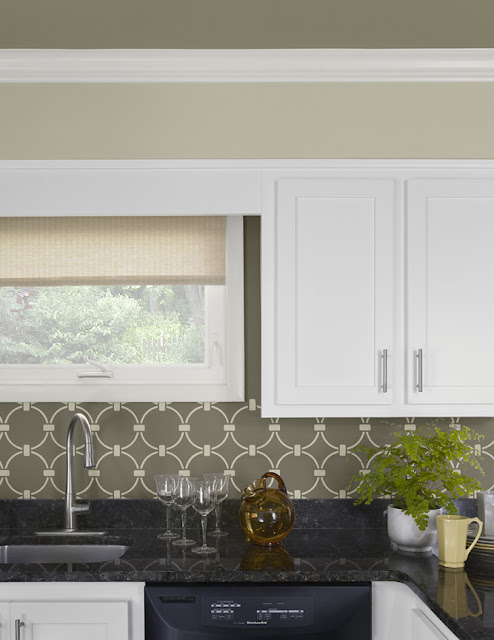